Unique in richness and diverse sensation, an unparalleled author’s country tour by car in all regions of Iran. We will see not only ceremonial tourist sites, but also absolutely non-tourist cities and towns where tourists practically do not get, plunge into the life of ordinary Iranians, into the atmosphere and spirit of this ancient and very peculiar country.

This tour is NOT for those who go for spectacular selfies against the backdrop of popular tourist attractions, but for real explorers of life and new places, people who are trying to completely immerse themselves in the unusual but amazing atmosphere of a completely different culture, ancient unfamiliar traditions and strict morality, for lovers ancient architecture and mysteries of our civilization, not afraid for the sake of new knowledge to leave the comfort zone and go into the frightening unknown of a completely unfamiliar mass tourist country ...

Group meeting at Tehran airport, transfer to hotel, study tour around the city.

Tour of Tehran by car. We will visit the palace and the Golestan museum complex, as well as the famous Azadi tower, after which we leave on the highway and drive to the city of Isfahan, but on the way we will make a small detour and stop by the mountain Tash-Kuk - a burning mountain. Burning - in the truest sense of the word. The name of the mountain comes from the word Atashkooh, which translates as "Fire Mountain". And Tash-Kuh fully lives up to its name: it burns day and night for several hundred years. The reason for this, geologists call the saturation of the soil with sulfur, as well as natural gas, which breaks here to the surface.

In the evening we will arrive in Isfahan and stop for the night at the hotel.

All day walks in the ancient city. This beautiful city of Iran is its tourist center. It is located in the middle of a large oasis created by the waters of the Zayanderud River. The location of the city at the crossroads of caravan routes, mild climate and remoteness from state borders caused Shah Abbas to transfer the capital to Isfahan in 1598. The main decoration of the city is Nakhsh-Jahan Square, which is often called the “world map”. In the square are the mosques of Imam and Lotfalla, the palace of Ali Kapu. The square is surrounded by galleries with arches, on the ground floor of which there are endless souvenir shops, many of which you enter as a museum. Free time to explore the city. Overnight at the hotel. 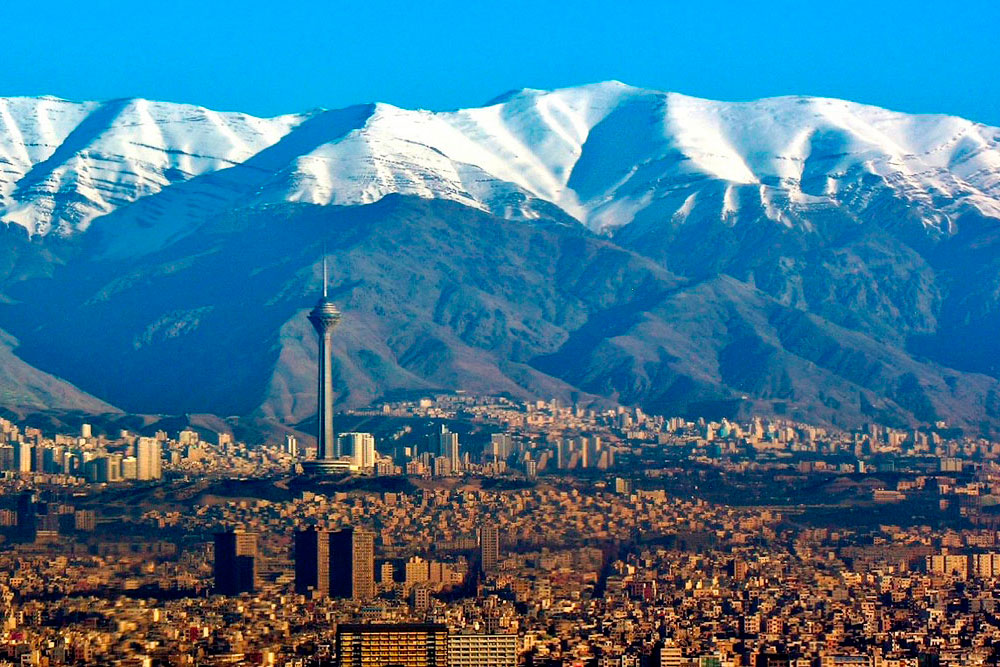 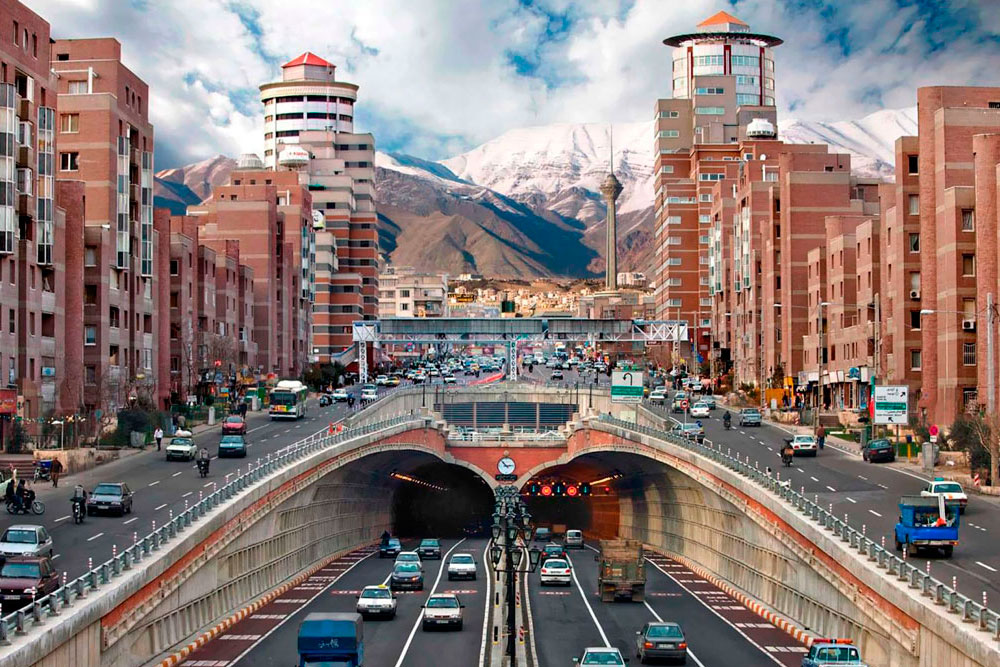 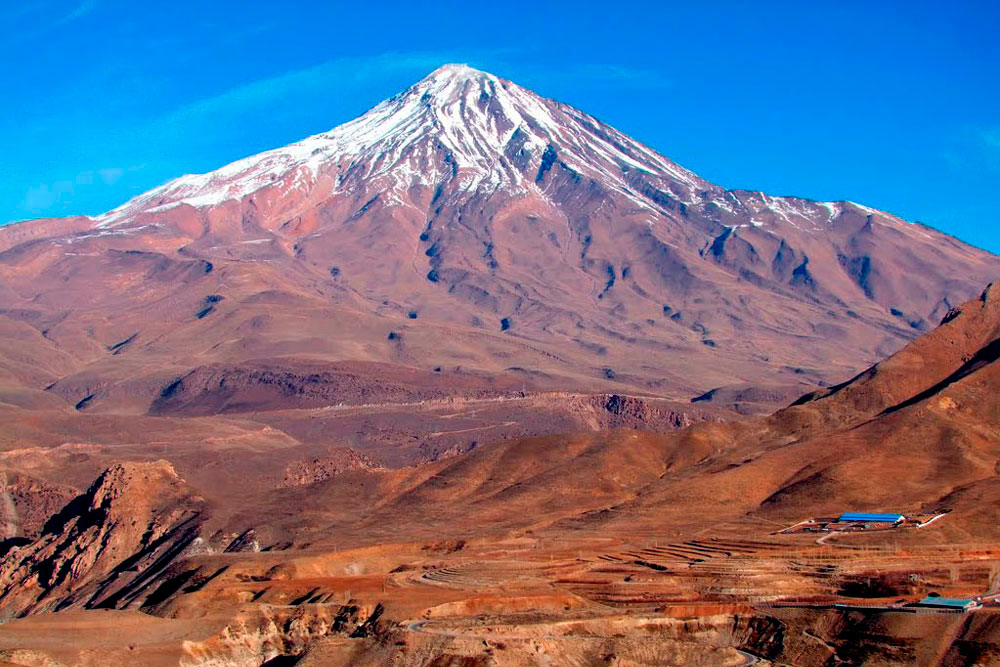 Today we will be on the road all day (at least 500 km to drive.) From Isfahan to the city of Shiraz, however, the road will not be boring - along the way we will stop at two extremely interesting places - Pasargadi and Naksha-Rustam.

Pasargades (translated from Persian - “Gardens of Fars”) is an ancient Persian city, the first capital of the Achaemenid Empire. Here is the mausoleum of Cyrus the Great and excavations of the residential palace and the palace of receptions of Cyrus.

Naksha Rustam is a necropolis with tombs carved in the rocks of the four Persian kings of the Achaemenid era, richly decorated with bas-reliefs.

We walk around the city all day. Shiraz is a recognized center of poetry, Persian culture and wine (in the past, now alcohol, including wine, is banned). The Karim Khan Citadel, the Shah Cherah Mausoleum, the Mosque and Baths Vakil, a colorful bazaar ... There is something to see here, as, indeed, in any ancient city of Iran.

Crossing to Bushehr on a picturesque road going through mountain passes and date plantations. This is a small and, by Iranian standards, a young city in which there seems to be nothing to see. Its uniqueness lies precisely in the fact that it is a non-tourist city and here we will see the life of Iran "without embellishment" - as it is. However, we will not do this for long - ahead of us is another road to the town of Jam, where we will stay for the night in a local guest house. 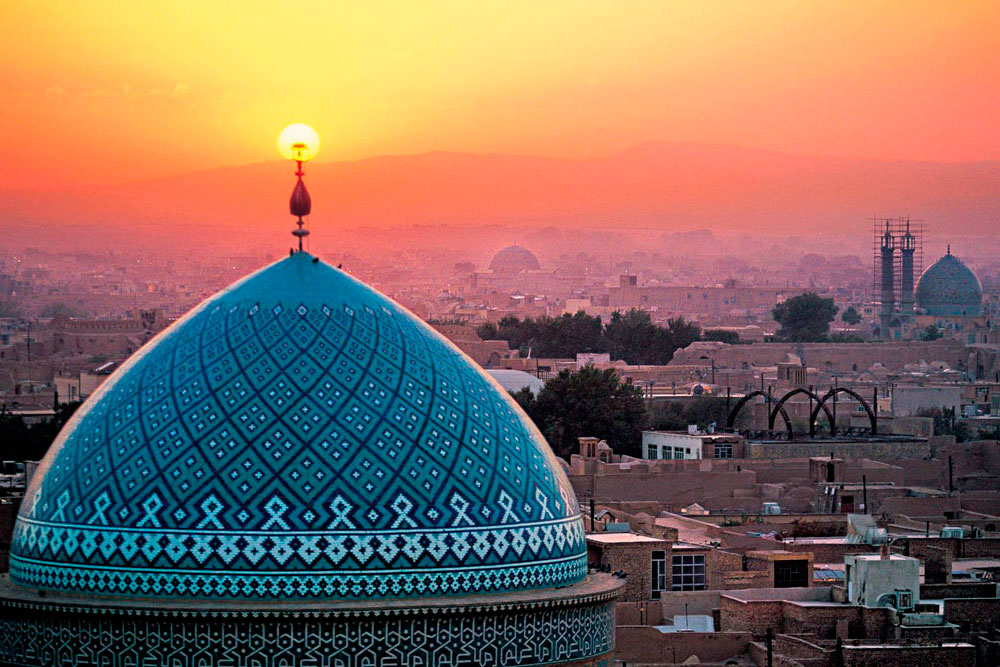 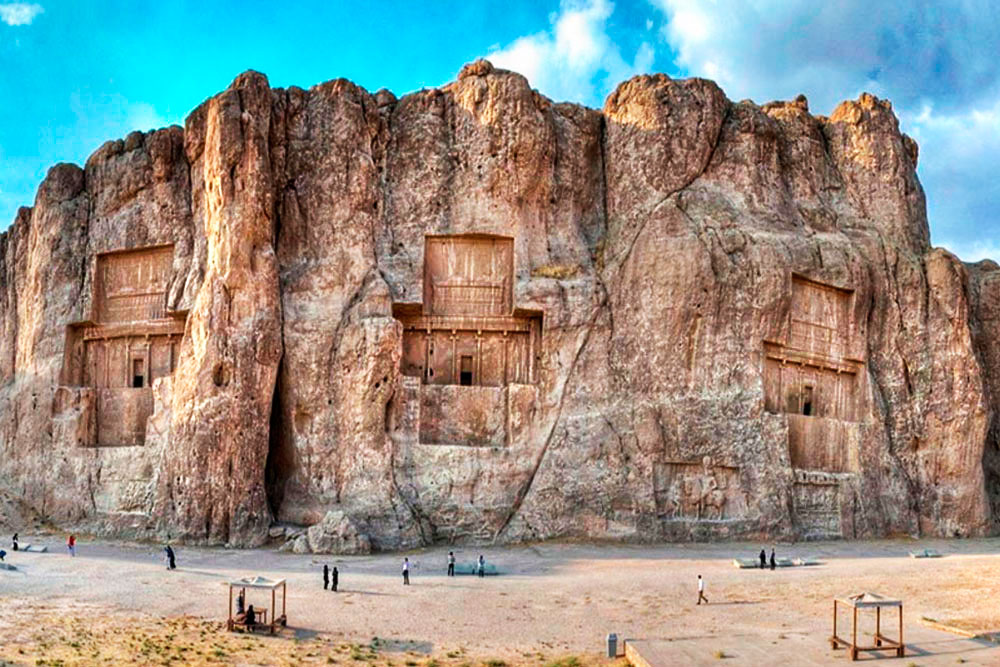 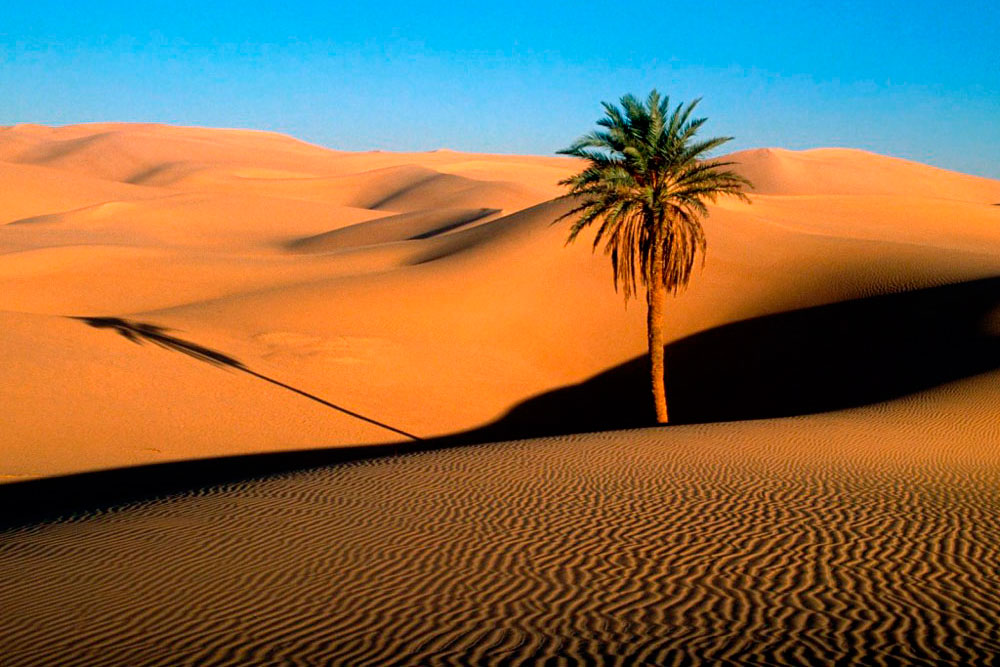 Be sure to look into the underground city of Karish - a huge territory that goes down several floors underground. The island is hot almost year-round, so the Iranians came up with the idea of ??building facilities for recreation and entertainment underground.

In the morning we load on a ferry and go to the mainland - no matter how much we want to stay longer at the resort, the timing and rhythm of the tour do not allow this.

From the ferry we go along the highway to another Iranian city on the Persian Gulf coast - Bandar Abbas. For several hours we travel along the Persian Gulf, admiring its desert views, and upon arrival to the city we immediately go by ferry, going to another island - Keshm. This is a rather large island in the Persian Gulf, on which, in addition to the creations of human hands, there are also interesting natural sights, two of which we will try to visit the Chaku Canyon and the Namakdan Salt Cave.

We spend the night on the island in a hotel.

After breakfast we go by ferry and go to the city of Bandar Abbaz, on which we will make a short car tour. This is a fairly large and modern city, industrial and research - three universities are located here at once. In the 15th century, the city was visited by the famous Russian traveler Afanasy Nikitin, who mentioned it in his travel notes "Walking Over Three Seas". We will follow his example and we, having discovered for ourselves this remote corner of the earth where hardly any of your friends and acquaintances have been and will ever be.

After a city tour, we leave for the city of Kerman, where, having traveled about 500 kilometers through the desert, we will arrive later in the evening. 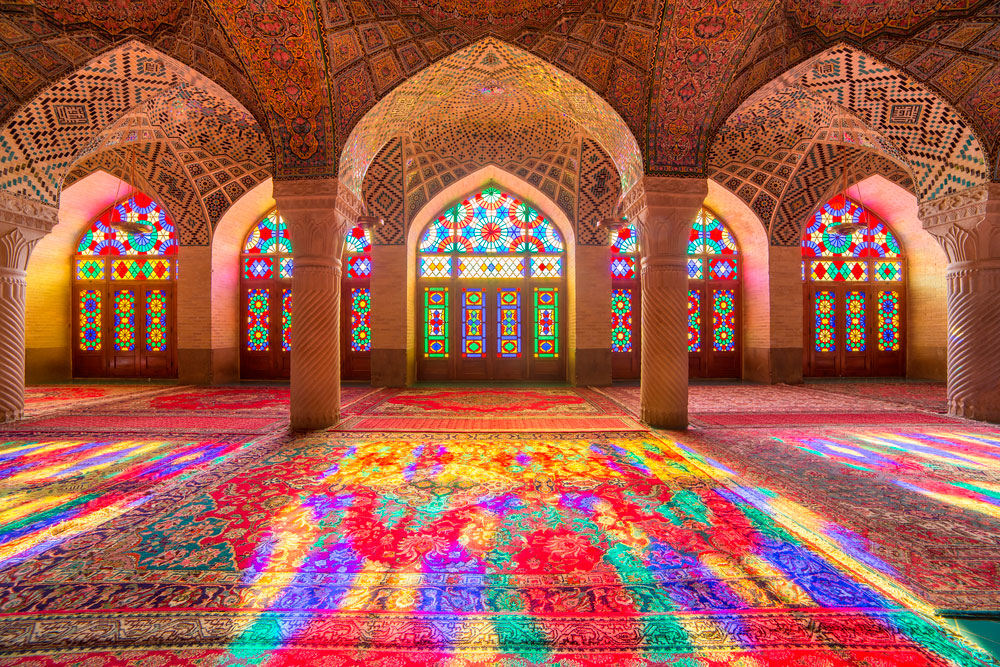 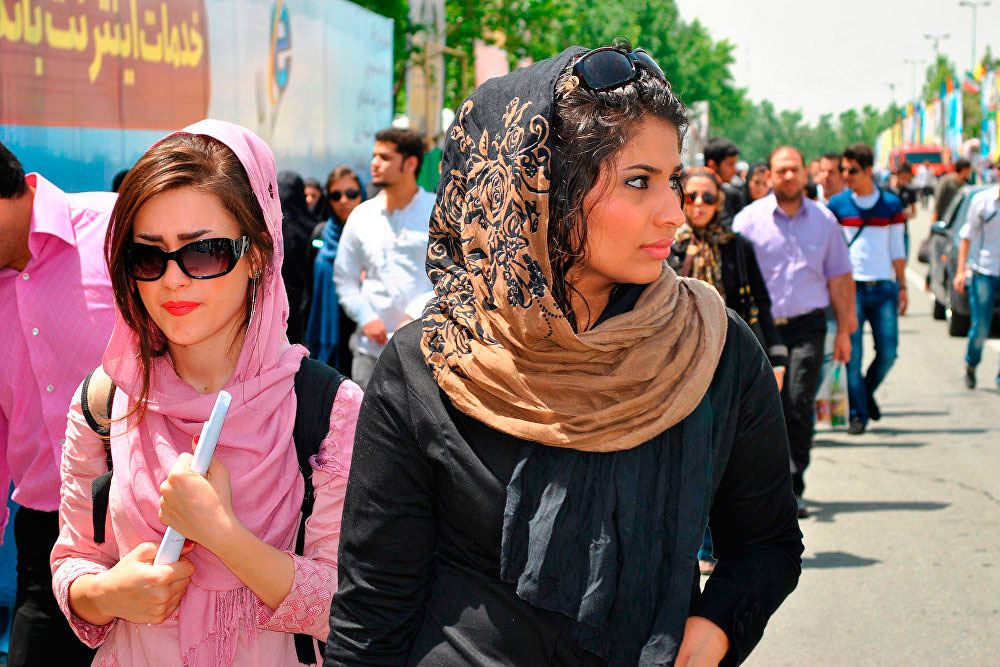 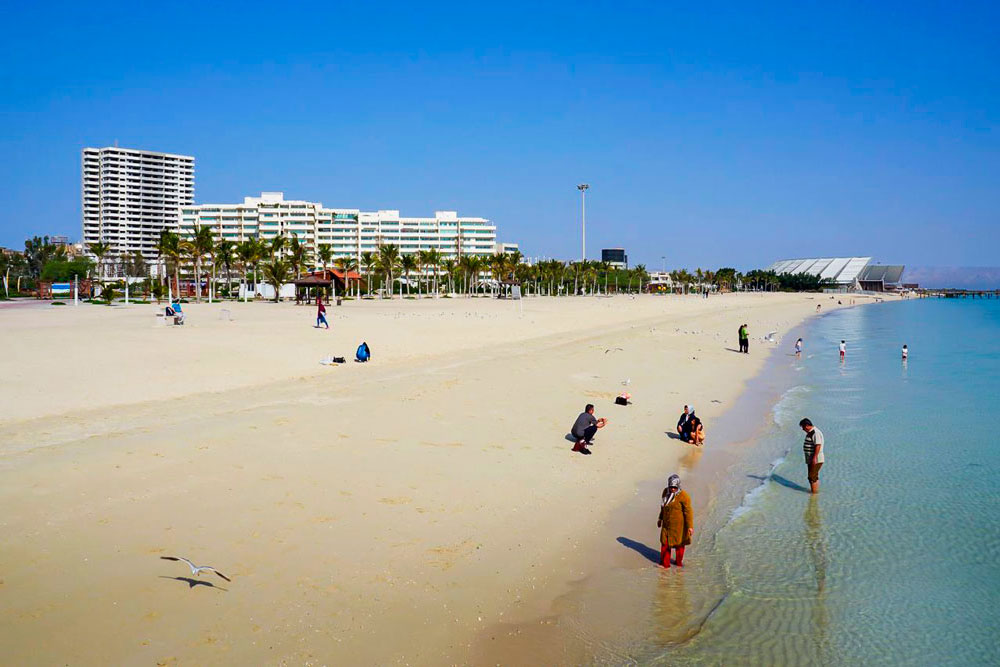 Kerman is the administrative center of one of the 31 provinces of Iran, a large industrial center, the basis of the economy of which is agricultural production, mainly pistachio cultivation.

At the beginning of the 2nd millennium, Kerman was a practically independent state of the Zoroastrian Balochs, but after it survived many bloody wars, it was captured and plundered, the population was brutally destroyed. The last bloody event in its history dates back to 1794, when the last stronghold of the Zend dynasty was besieged by the troops of Aga-Mohammed-Shah-Kajar. After a six-month siege, the city was looted, and residents - bullying and brutal death. Kerman was given to the soldiers for three months, most of the townspeople were killed, 20 thousand men were blinded, 8 thousand women were given to the soldiers for fun, the rest were enslaved. Of the 600 severed heads of the prisoners, a pyramid was built.

To this day, a special atmosphere has been preserved in Kerman: the city is not like a tourist Yazd or flooded with pilgrims Mashhad, it is not as hot as Bender Abbas and at the same time has many interesting sights. Mosques and madrassas richly decorated with mosaics, a huge clay dome - yakkhal, which used to be used instead of a refrigerator for ice storage (now the main office for tourism in Kerman was located here), the Paleontological Museum with a collection of prints of ancient animals on stones, the Hammam e Ganj Ali bath Khan "and a colorful bazaar - we will see all this while walking around Kerman, but in the afternoon we will go to Yazd, where we will arrive late in the evening and immediately go to spend the night in a comfortable hotel with a cozy and exotic interior m courtyard.

Walks all day on this, one of the most ancient cities of not only Iran, but the whole world. Built primarily from clay houses, the city is located in an oasis and has existed since the III millennium BC. Here the "old city" has been preserved in the form in which it existed thousands of years ago. Describing Yazd does not make sense - you must see it!

In the morning we will stop at the Towers of Silence - large-scale structures - places of Zoroastrian burial places 15 kilometers from Yazd, and then we will go towards the city of Mashhad in northern Iran. The trip is long - about 900 kilometers, so we will drive all day, stopping briefly near beautiful places in the desert. In this case, most likely, we will not reach Mashhad itself, staying for the night in a hotel in one of the small cities without reaching Mashhad. 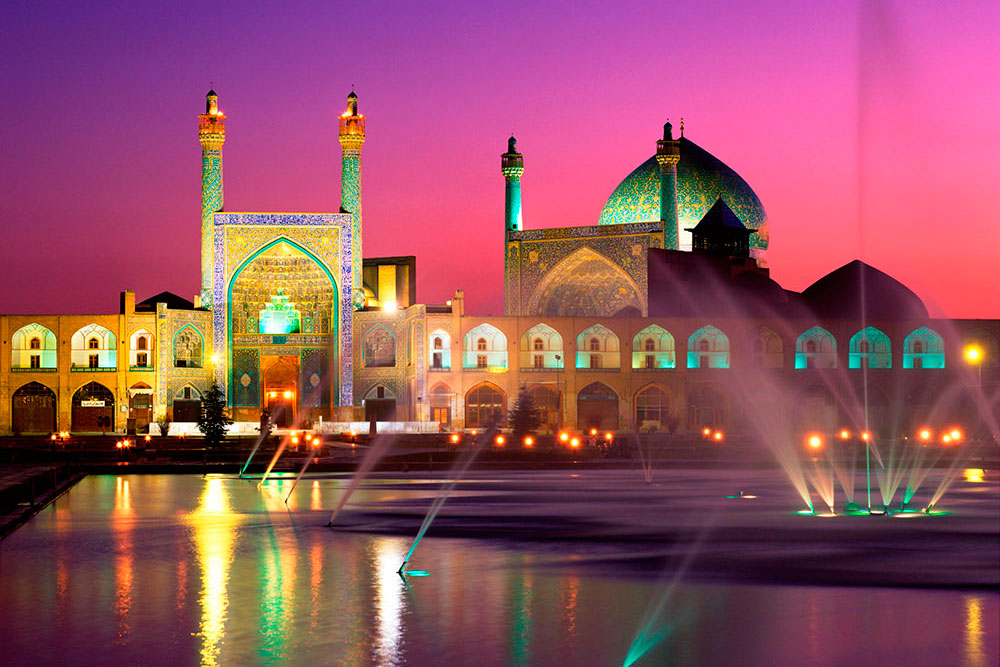 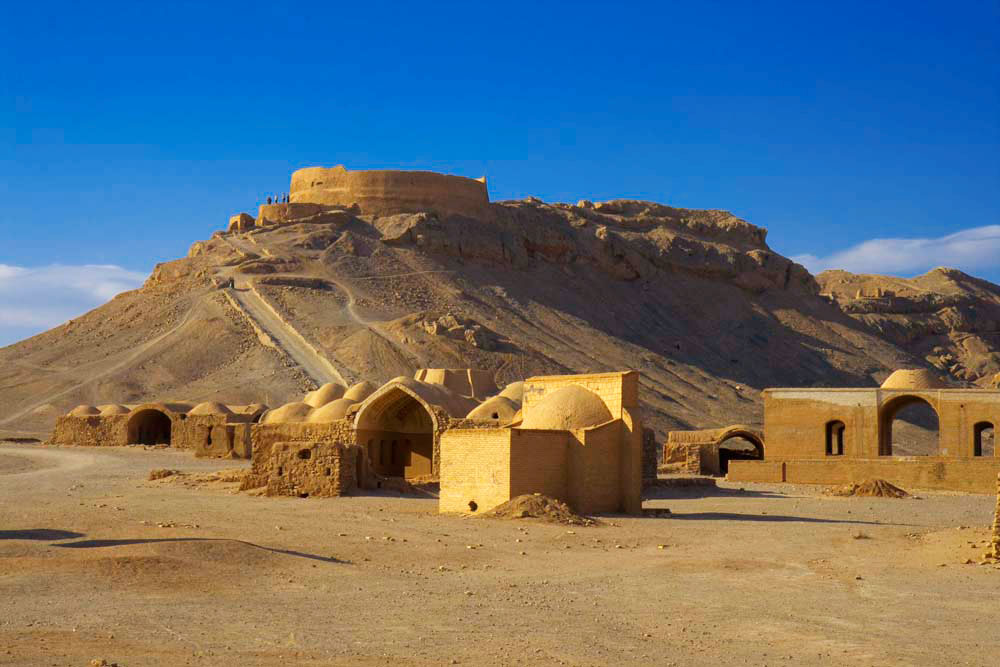 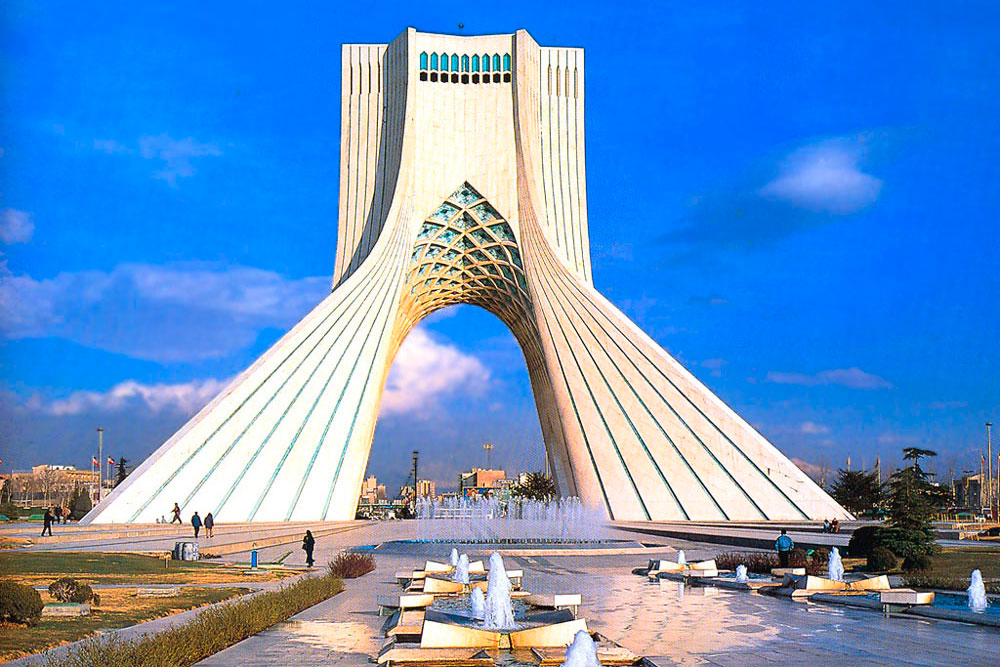 In the morning, we will reach Mashhad and immediately go on a sightseeing tour of this ancient and interesting city. And the main attraction of Mashhad, without a doubt, is the Mausoleum of Imam Reza. The modern building after reconstruction dates from the XIV century. The huge complex includes not only a magnificent tomb in an exquisite oriental style, but also a mosque, a necropolis, an Islamic university, prayer halls and a dining room for pilgrims.

The second most important landmark of Mashhad is the Mausoleum of Hajj Rabi. The tower with perfect proportions has an airy blue dome and dates from the 17th century. It is built in honor of the Prophet Mohammed, and its interior is distinguished by skillfully made calligraphic inscriptions. Around the mausoleum is an atmospheric old cemetery.

In addition, we will try to see the Mosque of 72 Martyrs, the Mausoleum of Sheikh Mohammed Hakimi Momen, as well as the Mashhad City Museum - each of these structures is worthy of attention.

Again a long road, this time to Tehran. During the day, we will travel all over northern Iran, sometimes stopping at beautiful and interesting places for exploring and relaxing, and late in the evening we will be in Tehran. Farewell dinner, the last night of our tour in ancient and hospitable Iran. 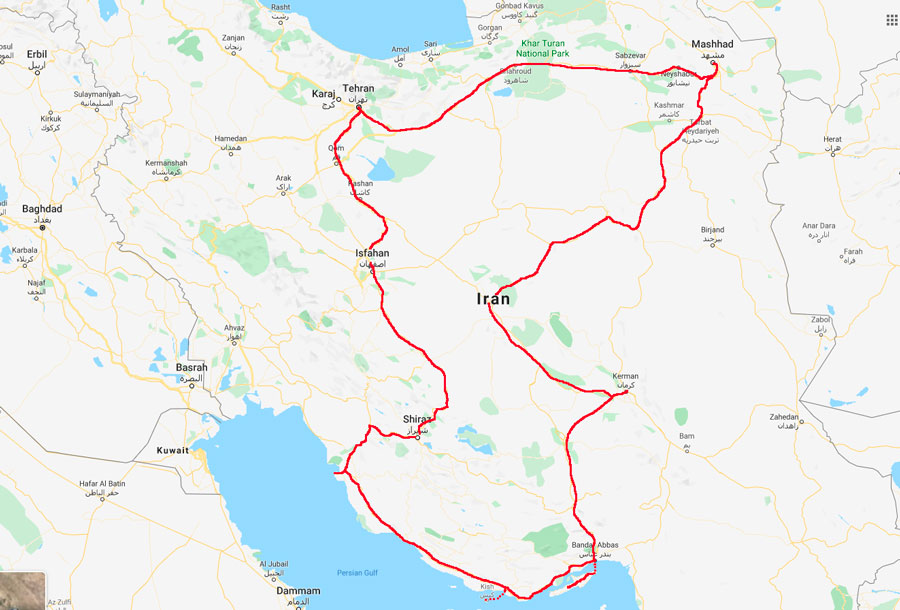 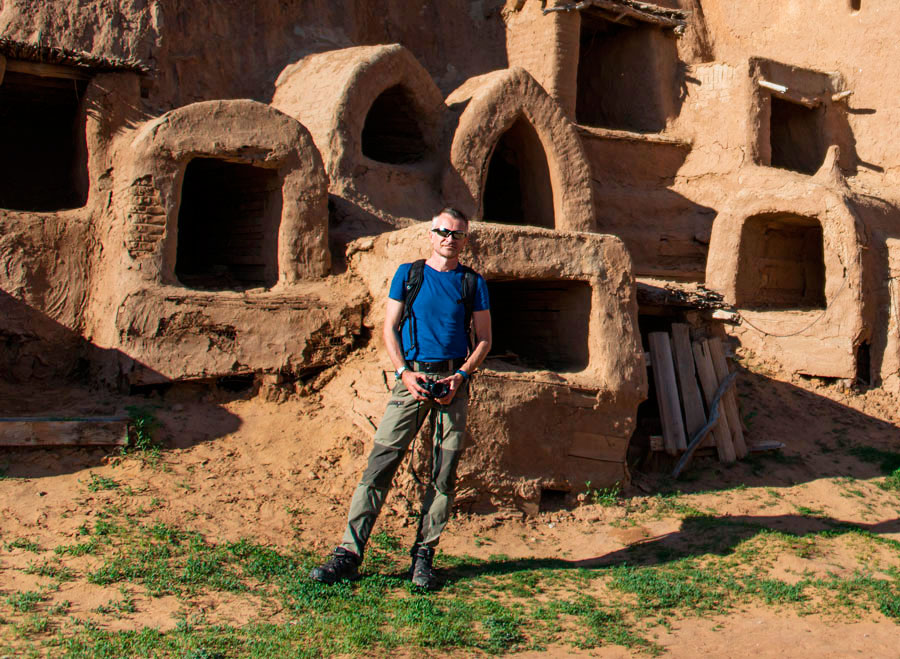 How much is participation

What is included in the price

What is NOT included

What is the complexity of the tour? What are the "pitfalls"?

From a physical point, the tour is not difficult and is available to absolutely anyone. In October, Iran no longer has summer heat, the climate is dry and warm.

Iran has strict religious rules regarding clothing, especially for women. Shorts and T-shirts with bare shoulders and a decollete zone are excluded - both for women and for men. Women should always wear a scarf and a long skirt on their heads or long (not shortened) pants, as well as long-sleeved shirts (sweaters, sweaters, flicks). It is strictly forbidden to bring into the country and drink any alcohol in the country! Violation of these rules can have very serious consequences, up to attacks of angry guardians of Islamic norms or imprisonment.

Subject to these simple rules, Iran is a very calm and friendly country! Please do not confuse Iran with Iraq or other countries in the region! There are no terrorists in Iran, tourists are not taken hostage, and if tourists observe the country's generally accepted standards, they are very kind to them.